I was once again incredibly surprised by this series. This is an excellent game, and if you’re a tRPG fan I highly recommend it. It shines in the way it explores the moral complexity of war, the nature of just war, and the effect conflicts of the elite have on civilians. The game was also remarkably egalitarian, both in costume design and gender ratio. The art style was pretty odd, but it grew on me and I think it gave the game a unique atmosphere overall.

This series has been one pleasant surprise after another.

The premise here is that Princess Yggdra of Fantasinia is forced to flee her home after a rival kingdom invades and slaughters her parents. The early game is here attempting to survive their pursual and eventually take back her kingdom and save it from the brutal Emporer Gulcasa.

The gameplay is very interesting. This is a tactical RPG, and the subtitle comes from the central mechanic, where units also pull their nearby allies into battle. You can create massive chains of units, and if you manage to align yourself so that your chain takes on a solo enemy, you can destroy them. Additionally, you have little control over the battles themselves — you command a unit of five (or three, in the case of riding units) and can control both the aggressiveness of the attack and the use of finishing moves, but all else is up to stats. Matching up weaknesses and strengths is everything.

I also thought the use of the card system for special attacks was really neat. It was a little hard to get used to at first, and I thought its biggest issue was that sometimes useful cars got “trapped” at low attack numbers, but overall I really liked it.

Finally, I think the game used its own mechanics very creatively. The missions always had a unique twist to them, and the devs clearly understood their own game design. A few of the long chains of battles could be a bit punishing when you had to redo them all, but generally it wasn’t an issue and I really enjoyed the strategy involved.

Where this game shines, though, is in its story. In a world where FPSs make annihilating everyone in your path commonplace, this is a tRPG that explores the nuances of war. Yggdra is deeply concerned with the lives of civilians, and if you treat them well you can recruit extra party members. Early on it becomes clear that the world is one full of misunderstandings and violent miscommunications — you end up in battle with former allies because they have been tricked by Gulcasa, and once both sides calm down and listen to each other the trick becomes evident, but only after one is slaughtered. This theme of “war first, talk later = disaster” is repeated over and over, with the game asking repeatedly — why are we so eager to turn on each other instead of understand?

The other major theme of the game was the idea of just war. In the early game, it’s clear Yggdra has been wronged — Gulcasa has destroyed her home, her family and is terrorizing her people. She’s absolutely right to raise an army against him. Early on, though, things gets complicated. You run into two warring mages who are willing to annihilate anyone in their path to kill each other, and it’s clear the only way to stop them is to destroy one — so you do. But it’s a coin toss, neither is more right. Was what you did okay? Defensible? The mage you choose to kill later comes back to haunt you — and, it feels, rightly so.

But then, what happens after Yggdra takes back her kindgom? Is it right of her to pursue Gulcasa? What is a good reason to pursue hm — revenge? The valid concern that he’ll attack again, if not you someone else? Does it matter the reason if the outcome is the same? And what of the civilians in his kingdom, who are just defending their homes from this war they had no part in? Can you justify trampling them in pursuit of Gulcasa? Even if he’s a tyrant? Even if he’ll hurt more people in the long run? How many individuals will you sacrifice to stop him? Can a sword ever really be just?

The game stops short of answering some of these questions, leaving the player to feel either vindicated or, like me (and Yggdra) sickened at what they have to do for what they believe is the greater good. It asks you to try to make your own justifications and then defend them, while still saying: is this really the way? Can’t we manage to talk it out?

I really loved this game. It apparently has three spinoff games that were never released in English, which makes me sad and further cements my needs to learn Japanese. The next game is for the DS, Knights in the Nightmare. I look forward to it!

Some character art for your trip home: 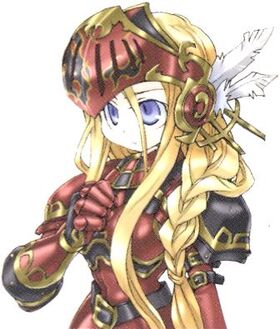 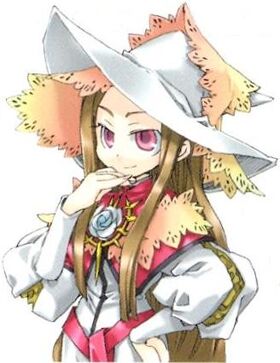 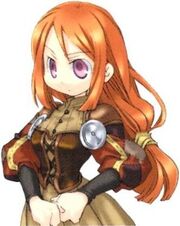 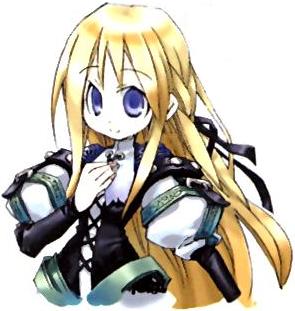