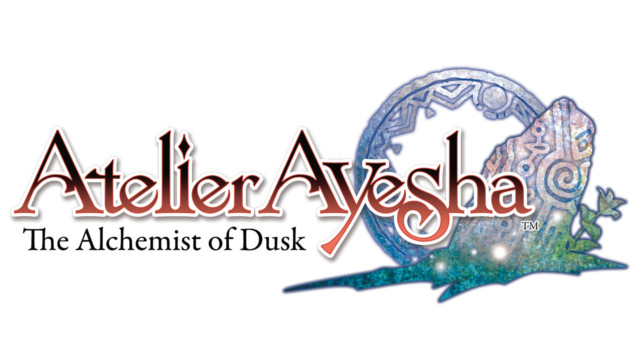 I liked this game a lot. The way the story petered out at the end as a sequel hook was disappointing, and as always I wish there was more free time to explore the world, but overall it’s a super solid entry into the series, and it’s more plot-heavy than anything in the Arland trilogy. It tries to be a more traditional jRPG, I think, with decent success, and if you liked the other games you’ll like this, though I don’t think it will convert anyone.

To start, Ayesha is a different type of character than the ones we got in Arland, which is nice. We meet her when she’s already a success, famous as an apothecary who makes medicine that’s sold throughout the land. Unlike the Arland protagonists, her story isn’t coming-of-age, but of using a lifetime’s worth of knowledge.

It’s the shoes that get me the most, tbh. No pants is a given at this point and I’m willing to suspend belief for aesthetic flourishes like the cuffs, but the wedges are just complete nonsensical wtfery to me.

The costuming in general was pretty bad, honestly, definitely worse than in Rorona and Meruru (though not as bad as Totori, mercifully).

Is this not how prospectors normally dress?

The game also keeps trying to come up with justifications for it, which is annoying. Look, games, when you do this, just admit it’s eyecandy. It’s okay to admit it. I like pretty things, too. I even like pretty men! What I don’t like is insults to my intelligence. So let’s just all accept that the only reason for this is aesthetics and then we’ll tackle the questions that brings up. I promise, saying, “I like pretty women,” will not make anyone take all pretty women from you forever.

Anyway, it’s a shame, because once again this game is absolutely excellent about female friendship and capability, and I really liked the girls, especially Wilbell. I thought the characters were much better than in Totori and the writers dialed everything back to believable levels of quirky, though how this holds through the rest of the sub-trilogy remains to be seen.

Which brings us to the main plot, Ayesha’s search for her sister. Her sister, Nio, goes missing one day while gathering herbs, and is taken for dead. When visiting her grave one day, however, Ayesha sees a young girl whom she believes to be Nio appear, surrounded by glowing flowers. Believing this to be a sign Nio is still alive, Ayesha embarks on a journey to find her. This is a really, really rare plotline — sister saves sister — and it was wonderfully set up.

I also really like the relationship between Keith and Ayesha. He was constantly challenging her and expecting her to rise to the occasion, in a way that made it clear she was smart and capable. He didn’t baby her, and he let her earn his respect based on her accomplishments. The True End [spoilers] where they go off exploring together was a finale I liked[/spoilers], and the game managed to not make him a creeper, which I appreciated.

The biggest weakness of the game was that the plot doesn’t wrap up very well. We don’t really ever get to find out exactly what happened to Nio, what Yggdrasil was, or how or why it was doing what it was. This was all clearly sequel-hook stuff, but I’m not sure why the game had so little confidence in itself it thought withholding plot elements was the only way to get me to spring for the sequel. I expected answers after the final battle, but didn’t really get any. We also don’t really get any followup on the mechanism of the glowing flowers and how or why they were connected to Yggdrasil.

So, yeah, things kind of end with a whimper.

Oh, and this is neither here nor there, but I liked the new monster designs. More foreboding than the Arland ones, and very good at helping to set the tone.

I’m hoping the next two games wrap up the plot with a little more finesse, but it’s hard to tell if that’s going to happen based on the kind of slipshod way it was done here. Nonetheless, this game stands rather well on its own, and you definitely don’t have to play Arland before it, so I think it’d be a great way to experience the series if the more fluffy and sandboxy Arland games didn’t seem your cup of tea.